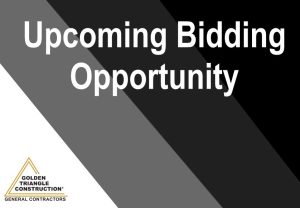 Golden Triangle Construction is looking for Subcontractors & Suppliers in the Pittsburgh Area to collaborate on an upcoming bid for USACE at the Pittsburgh International Airport. If you are interested in quoting any of the following items – please reach out to Craig Whyte [estimating@gtcpgh.com] in our Estimating Department prior to September 14th, 2022.

GTC Managers in conjunction with CAWP Walk in the Footsteps of Leaders at Gettysburg! 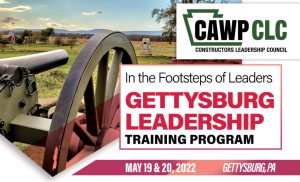 GTC Managers join the Constructors Association of Western Pennsylvania (CAWP) Members to Walk in the Footsteps of Leaders at Gettysburg!

In the Footsteps of Leaders: Gettysburg Leadership Program uses lessons learned on the battlefield at Gettysburg and helps apply those lessons to today’s workforce.

For two days, the attendees walked in the footsteps of leaders, learned about the decisions those individuals made, and discussed the ramifications of those choices. Participants were then asked how they would be able to implement those lessons within their own organizations. 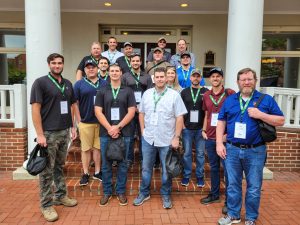 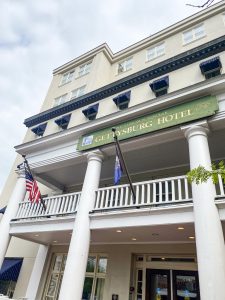 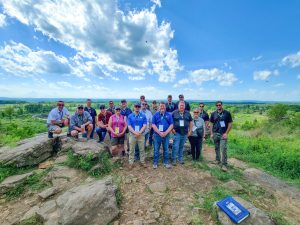 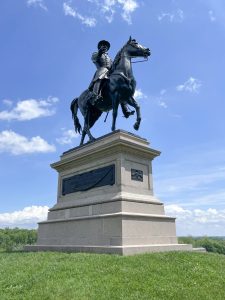 Project of the Year Award! 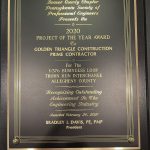 Project of the Year Award from society for the Thorn Run Interchange Improvements for 2020 acknowledges Golden Triangle’s role in Engineering Achievement and symbolizes our efforts to improve our infrastructure in Allegheny County. 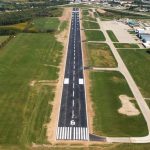 Golden Triangle Construction is on schedule to reopen the Arnold Palmer Regional Airport on Friday Morning, September 25th at 6:00AM.  The airport has been closed since 8:00PM on September 8th to complete drainage and electrical work inside the runway safety area as well as to do the final paving and painting of the runway.  The project to widen and strengthen Runway 6/24 to support larger aircraft began in April and was constructed mostly under nightly closures. 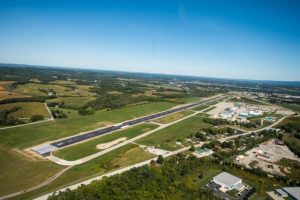 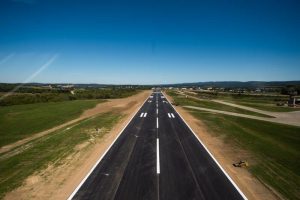 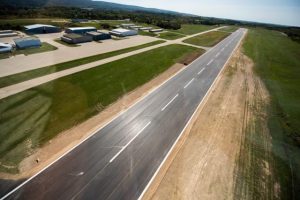 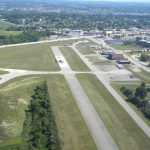 Golden Triangle crews have been working hard at the Westmoreland County Airport!

The project included the widening of runway 6/24 from 100 to 150 feet, 25 feet on each side of the runway, with over 40,000 CY of excavation, 17,000 LF of underdrain, 90,000 tons of aggregate subbase, and 19,000 tons of asphalt. .  In addition, 1000 feet of the Runaway was overlaid with 3 inches of asphalt where permanent light fixtures were installed.  The work occurs during nightly closures of the Runway. 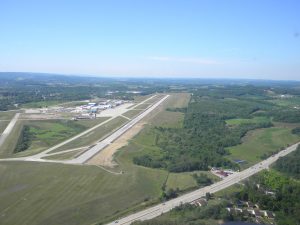 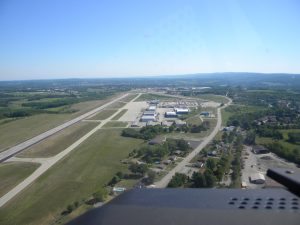 This is what 19,000 Cubic Yards of Roller Compacted Concrete looks like!

Before and after shots of the Upper Deckers Creek Dam in West Virginia where, as a subcontractor, Golden Triangle crews placed this massive amount of RCC for overtopping protection of the existing dam. 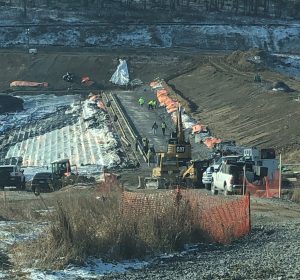 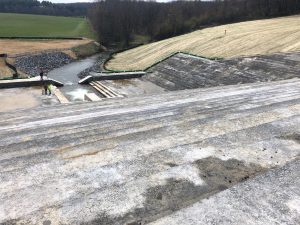 It was a beautiful evening in Latrobe on May 26th. This shot indicates GT crews working hard on the placement of the 2nd lift of asphalt on west side at the Runway 24 end for Golden Triangle’s Arnold Palmer Regional Airport Project – Widen and Strengthen Runway 6/24, Phase II. 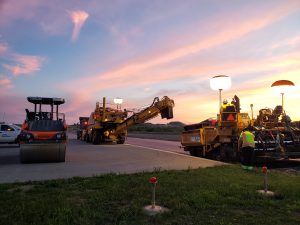 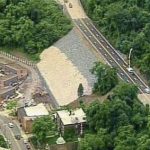 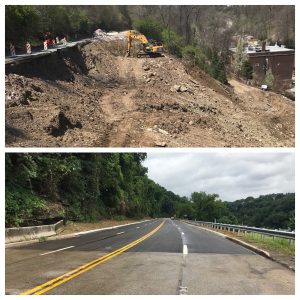 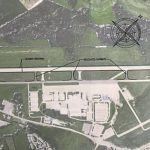 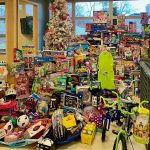